Last week Friday, January 11, a film crew from the local TV station RTV Utrecht visited the Single Cell Discoveries labs. During the visit, our CEO Mauro Muraro was interviewed about the single-cell sequencing technology and its applications.

Mauro started by explaining the basics of cell biology to Henk Westbroek, the presenter of the show. After this, he demonstrated the various robots as well as the FACS machine used in the single-cell sequencing process.

Finally, the filmcrew headed over to the Prinses Máxima Center for Pediatric Oncology to interview Frank Holstege. As one of our customers, the Holstege group is actively using single-cell sequencing in their scientific research into cancer.

The documentary with the interview will be aired on RTV Utrecht on Tuesday, January 22nd. 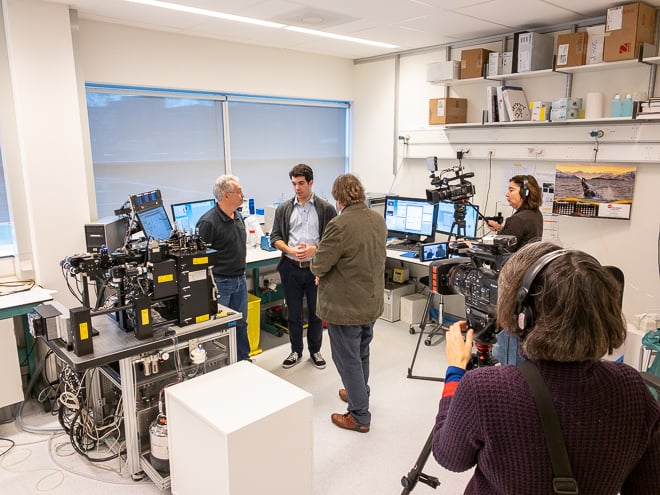